Live Chat
The Christmas season is here with us again, and as usual, food and drinks become an integral part of the equation. When I was a little boy, my cousins and I used to trek from one home of a relative to the other. Our mission was an annual tradition of receiving Christmas gifts from these relatives of ours. I believe Jollof rice and chicken was so magnified, you ate it grain by grain so it doesn’t get finished early. The Coca Cola and Fanta bottles will always find a place close to your bosom and sharing it with a brother or sister was more difficult than a camel finding its way into the eye of a needle.

There were less restaurants and hotels in those days. Majority of us ate from home and our parents used to sweat to prepare the most sumptuous but relatively safe food for us. Indeed, outbreaks of Cholera in the 1980s were attributed to consumption of public food more than home-made foods.

Today the hospitality industry has expanded from just hotels, to a proliferation of restaurants, city or town kitchens, glorified chop bars, wayside kitchens, you name them. The mass patronage of such restaurants today, is not only seen as a sort of family entertainment but a way of escaping from the usual home-made foods to something different. It also points to some sort of social status, talking of those families who would patronize the most expensive restaurants

Foods Businesses and Food Safety during the season

Most Food businesses mentioned above and those in the manufacturing sector see Christmas as a major festive season. This is where they take advantage to make so much profit to close the year, and begin the new year on a high. There are several food safety breaches that come up, and these threaten the health of the customers they exist to entertain with their array of cuisine.

Some restaurants and eateries have a high number of customers who tend to queue for food. There is always pressure to ensure, every single customer is served on time, to ensure they don’t look elsewhere for food. This rush to satisfy customers may lead to food that is undercooked. Majority of commercial kitchens can pass for ovens. The heat is so much that cooks tend to sweat a lot, thereby contaminating food with sweat. Sweat contains huge doses of Staphylococcus aureus, a food pathogen which causes food poisoning.

Other Practices of concern

Plates are recycled and this is a normal practice in restaurants. The rush to serve customers brings about haste in washing plates leaving traces of detergents and leftover food. Leftover food in plates may not be necessarily visible. Detergents if not properly rinsed off present chemical contamination. In the past few years’ disposable plates have become popular. Although a very good development, it gives sellers a very wrong sense of hygiene. These disposable plates in many cases are exposed to the harmattan dust contaminating them before they’re used to serve customers.

There is no need satisfying customers in terms of time and putting safety of the food only second. All catering staff must observe strict personal and food hygiene during this festive season to protect customers from going down with foodborne illnesses. Hands must be washed more frequently during the preparation and processing of food and juices. There should be no talking, chewing or singing during food preparation and serving. This behavior introduces saliva into the food, and the result is heavy microbial contamination.

Catering staff must take off all jewellery during cooking to prevent physical hazards such as finger rings, nose rings, ear rings, necklaces, watches and the like from entering into food. All catering staff must cover their heads to prevent hair strands from entering into food. Apart from the hair strands presenting a physical hazard, they also introduce spores of some pathogens trapped in them. Refrigeration and cooking temperatures must be strictly adhered to. Hot food must always be kept above a temperature of 63Oc. Food to be served cold like salads must be kept under refrigeration conditions below 5OC. Meat and poultry to be used later must be kept in freezers at a temperature of -18oc.

As a consumer, you are responsible for your own safety. During this festive season, you should look out for restaurants and hotels who practice personal and food hygiene. Of course, you may not know what goes on in the ‘hidden’ kitchens, but you’ll have to open your eyes to the surroundings and those who serve you. Look out for the following signs once your food is served. Just be informed that, most microbes that cause food poisoning do not usually change the taste or the colour of the food much. Spoilage organisms would normally change the look, taste and feel of food.

Having said that, there are microorganisms which can cause both spoilage and food poisoning. Do not eat cooked meat or poultry that still has blood at the centre. Immediately reject food with the following characteristics; colour of the food has changed from what it usually is, ropiness, sourness, bitter aftertaste, slippery and has a rather foul smell. These are signs of spoilage. If spoilage sets in, food is unwholesome and must not be consumed. There is also the possibility of food poisoning bacteria present in the food.

If you’ve observed all these precautions, but you start vomiting with or without diarrhoea after patronizing food anywhere, please seek medical attention immediately by getting to the nearest hospital.
On behalf of QA Consult, I wish you a Merry Christmas and a joyous New Year!

Johnson Opoku-Boateng is the Executive Director & Lead Consultant, QA CONSULT (Consultants and Trainers in Quality/Safety Management, Manufacturing Excellence and Food Safety) and can be reached on +233209996002, email: johnson@qaconsultgh.com. 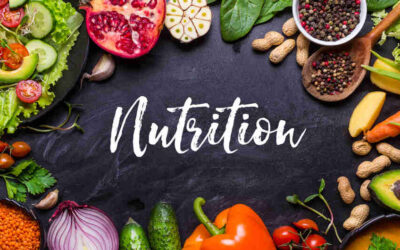 The Hungry Potbelly – bringing nutrition to the fore as a nation!

The Hungry Potbelly – bringing nutrition to the fore as a nation! As part of the long-term vision set out in Agenda 2063, the Assembly of Heads of State and Government of the African Union has adopted common African aspirations, drawing on the potential of its...

Silent Consumer Carelines – A major setback for industriesMohammed bin Rashid Al Maktoum wrote in his book “My Vision” (Challenges in the Race for Excellence) that “Anyone visiting the city realizes from touchdown that Dubai is exclusive and different. Because Dubai’s... 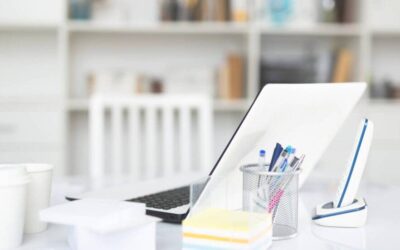 Industry & Consumer Information with Johnson Opoku-Boateng: Rising from complacencyThe Case of Successful Small Business“Expansion and modernisation of the nation’s productive plant is essential to accelerate economic growth and improve the international...